A Report by David Marshall

On Saturday 13th October, 2012 a total of 32 U.K.-based members of the AAGB were joined by French fishkeeper Nicolas Buisson for a Members Day that was held at the IBIS Hotel in the Bramley area of Rotherham.

Chairman Kevin Webb opened the meeting and then handed the reins over to David Armitage and Paul Jordan to delight the audience with a talk entitled Beerless and Bettaful - collecting in Kalimantan 2012.   Over the years I have been fortunate enough to witness a number of Davids talks about his adventures in the Far East so soon realised that this one amounted to his most painstaking and toiled expedition to date - David later told his audience that this would be his final fling to the Far East but I have heard that one before!

Along with slides of 0 star accommodation and dodgy food, we were treated to some amazing slides of natural habitats and the fish, mainly labyrinth species, they contained.  I know we were here for the Anabantoids but Pauls recollection of a whole village that depended on the collecting of Clown loaches for its economic survival will long stick in my memory.

Next up was Nicolas Buisson who, at short notice, had been asked, by the French labyrinth group to come over and speak about a new International Anabantoid website on which people, who are members of a recognised Anabantoid Specialist Group, can add the names of species they are currently breeding and willing to swap with other folk having this interest.  Trying to explain how this worked was harder than taking part will be and Nicolas did very well.

Then it was time for lunch and Trevor Douglas was the first to thank the IBIS Staff for the quality of the food that was served.

After lunch there was no rest for me?  Having accepted Christine Webbs invitation to speak, and fixed the subject with Kevin, I came forth to present the premier of Thats Entertainment - U.K. Public Aquaria I have visited. Although I had done a couple of short talks in the past, this was my first full-scale talk to the AAGB grouping.

In my mind I had the idea of presenting a talk that would combine childhood memories with a visit around a number of U.K. Public Aquaria.  The highlights of each Aquarium would be shown.  I am pleased to say that my talk was really well received and it is lovely to know that it brought back childhood memories to a number of people present - they really did have a mini-Zoo on floor 3 of the Blackpool Tower.

So came the grand finale in the form of an Anabantoid species auction.  And what an auction this was!  Along with a number of fin and colour types of Betta splendens came fellow genus members that included more than one location type of edithae and the rarely seen pi.  Two new Badis species, various Channa and even Sandelia would be on offer.  Andrew Smith and his team did a really good auctioneering job.

All in all this was a smashing day.  Well done to all who had a hand in the organisation and who contributed to the day.  Having not been able to attend an AAGB event for a couple of years (due to Judging commitments elsewhere) it was lovely to be back and to feel the warmth of friends old and new.

Date for your Diary: next years Members Weekend is the 6th & 7th April 2013. same venue. 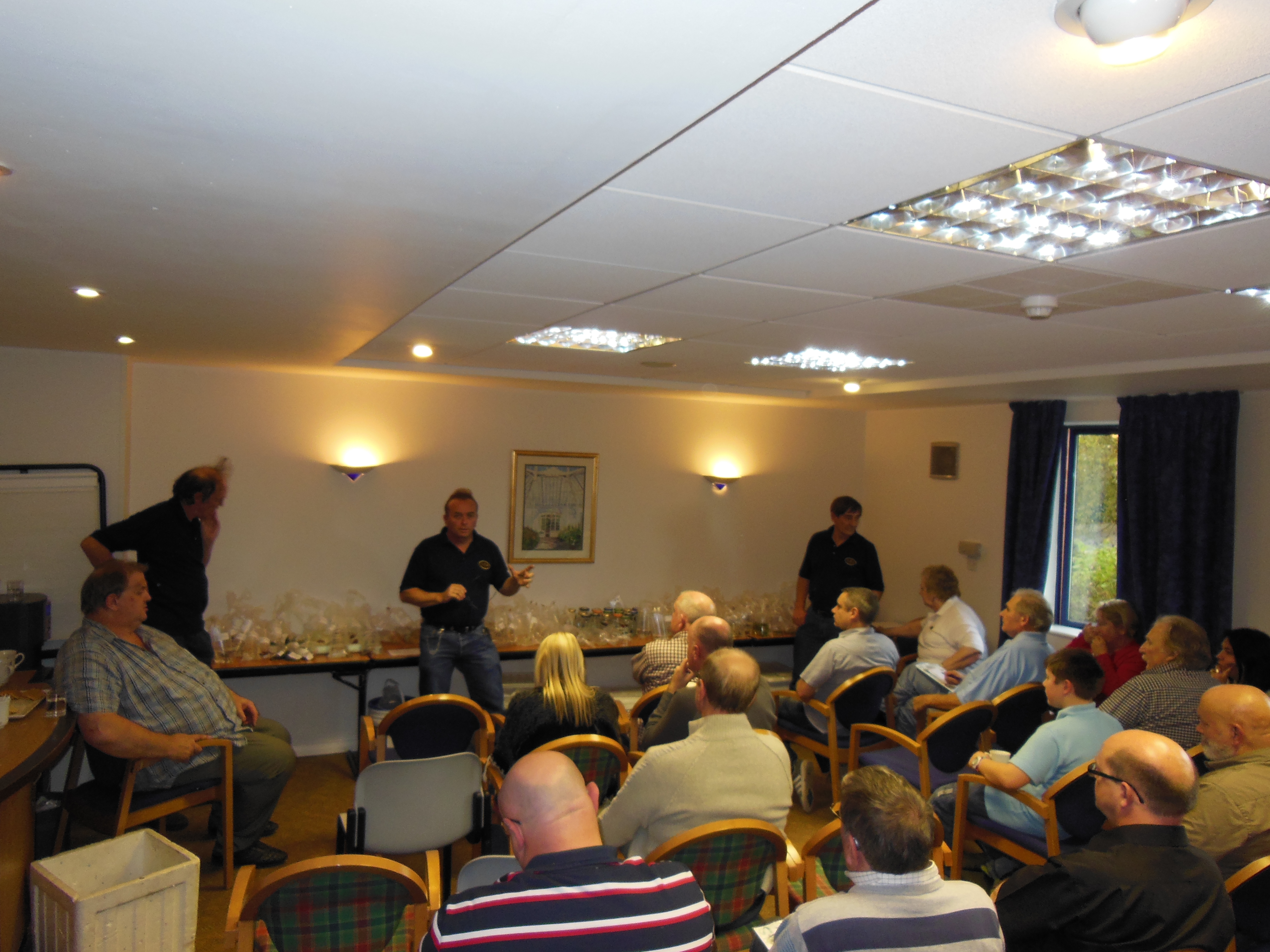